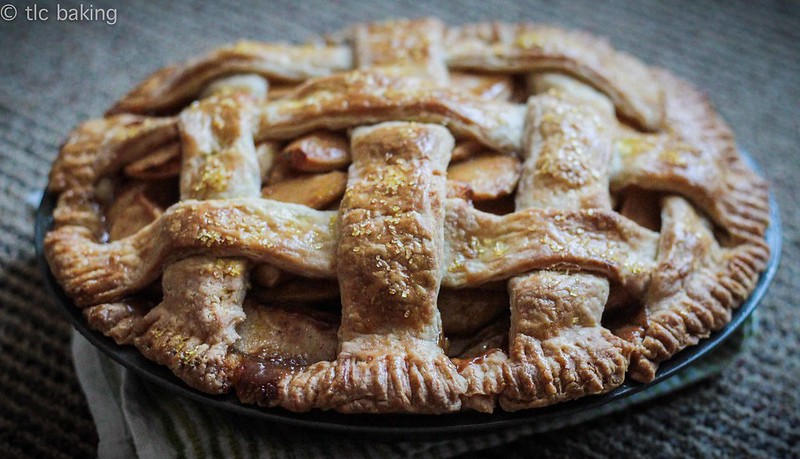 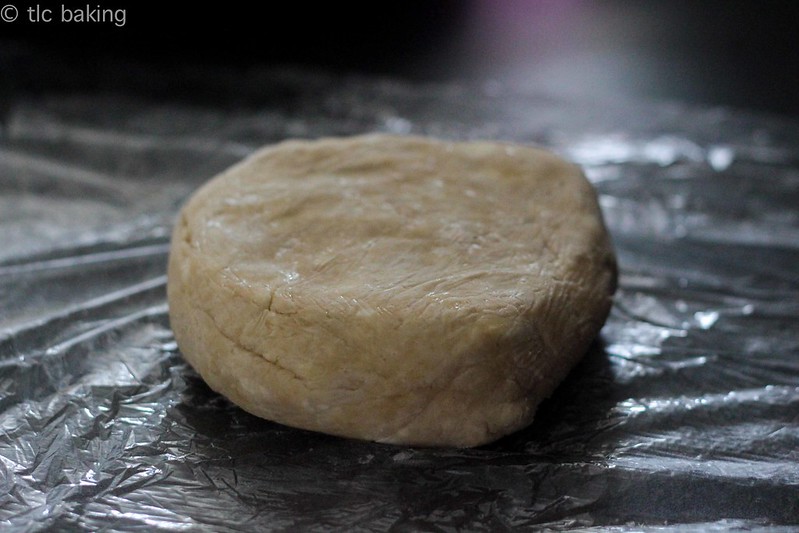 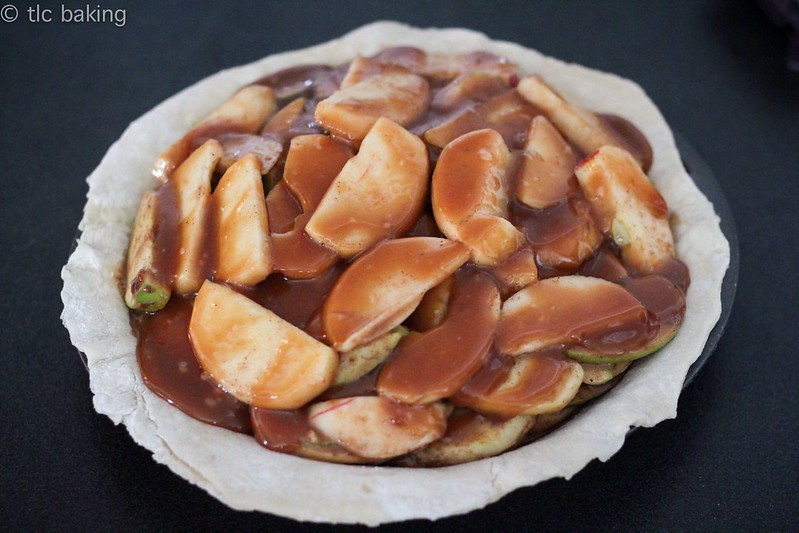 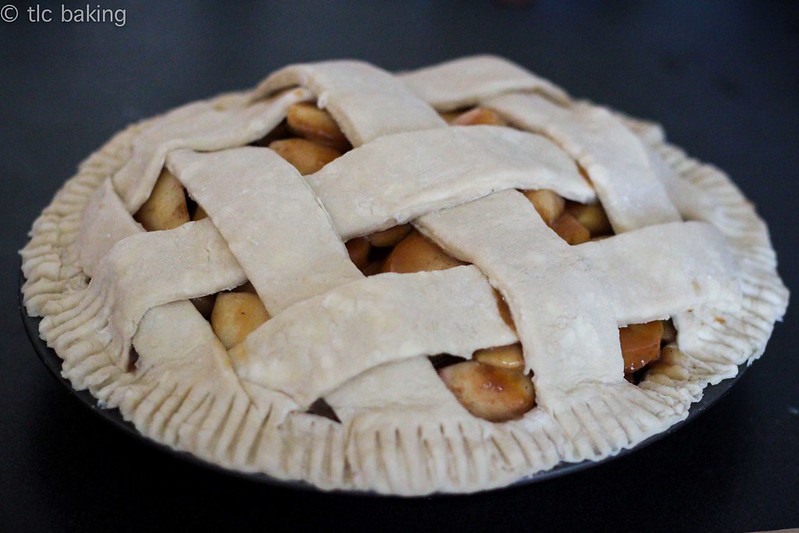 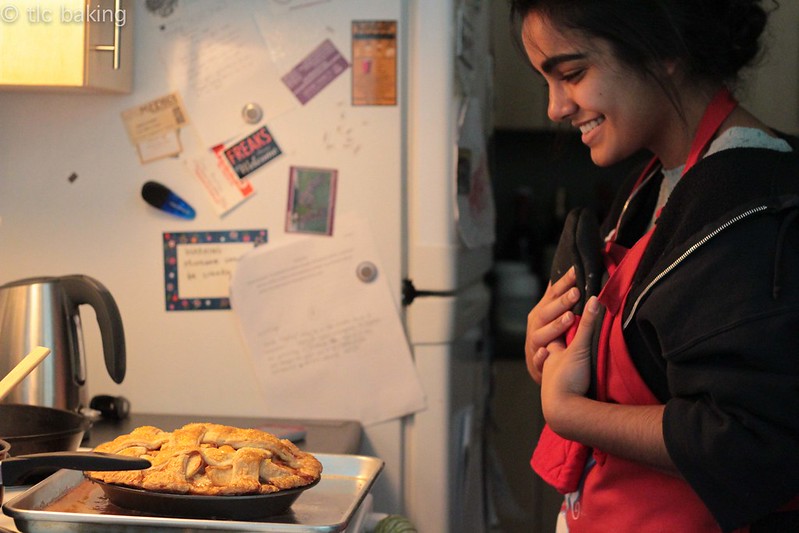 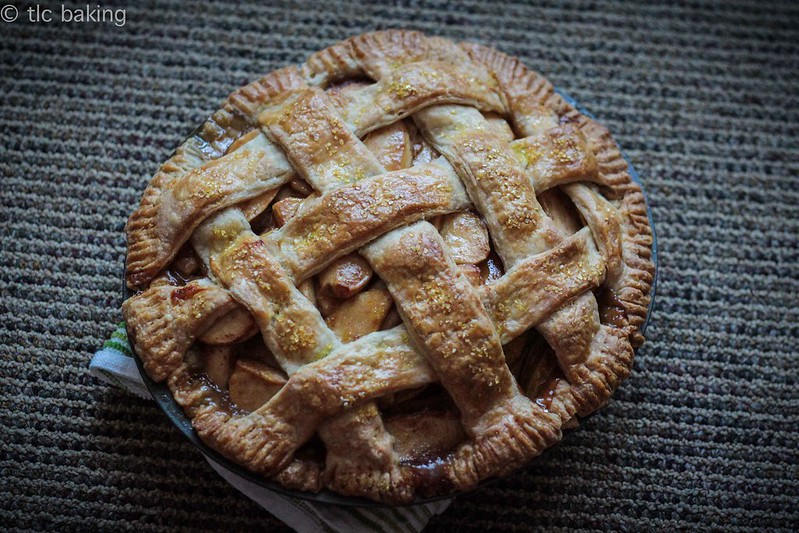 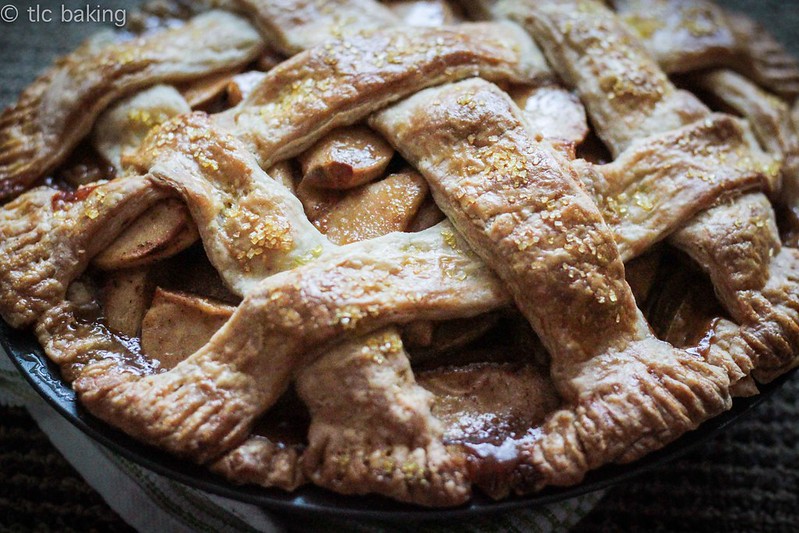 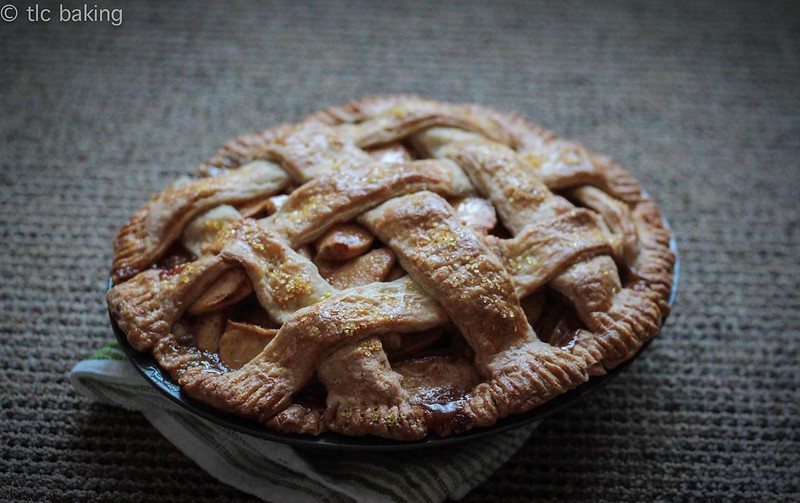 I hate hard pretzels. I have always hated hard pretzels. There’s something about their weird saltiness but not-quite-bread-ness that I can’t handle. I think they’re dry and gross and I do not like them.

BUT. I love chocolate-covered pretzels.

I’m convinced that the salty-sweet combination is pure magic. Salted caramel, chocolate- or yogurt-covered pretzels, dark chocolate with sea salt, a bowl of popcorn sprinkled with M&M’s–I’m in love with all of it. 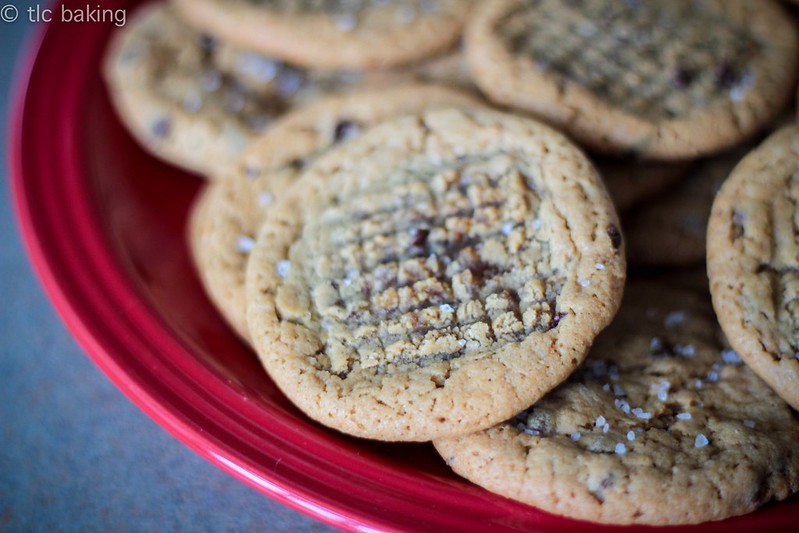 Warm, melty chocolate. Creamy peanut butter. The sudden crunch of sea salt every couple of bites. Perfect with a glass of cold milk, and definitely too good to eat just one. Mine did not turn out as thick as the ones in the recipe, but they were still wonderfully chewy, even long after they cooled down. 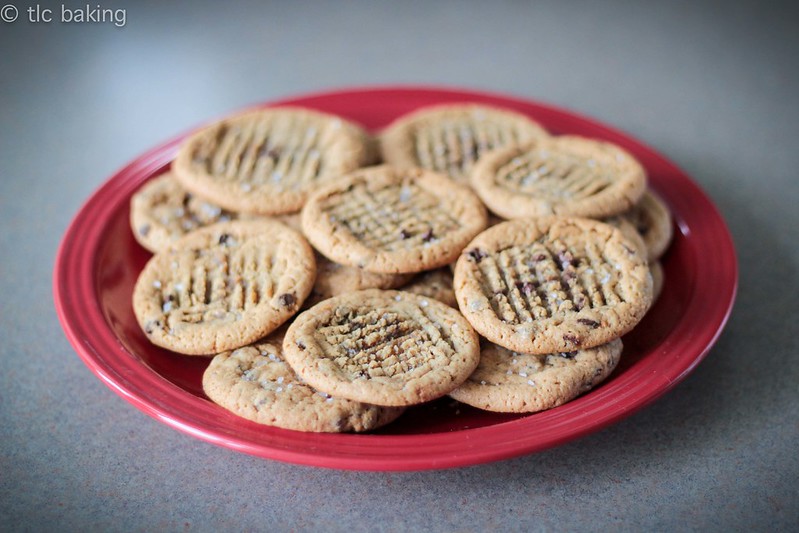 The batch was surprisingly large, and even in my apartment of four (with the frequent visiting friends), these lasted a while, still calling to me from the kitchen counter at 2 am nearly a week after they came out of the oven.

If you’ve ever found yourself studying late into the night anywhere near homemade baked goods, you understand this call that cannot be ignored, no matter how much your stomach may make you regret the decision soon after. 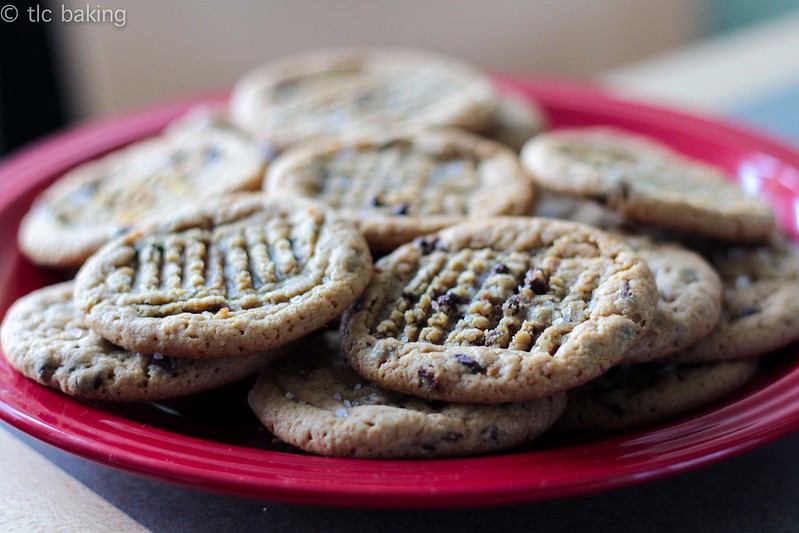 Seeing Greek yogurt and honey in a recipe can almost fool you into thinking it’s healthy.
Almost.
At the very least, it serves as an (admittedly shaky) excuse to eat more than one when they come out the oven.
If there is a problem with this, I cannot see it. 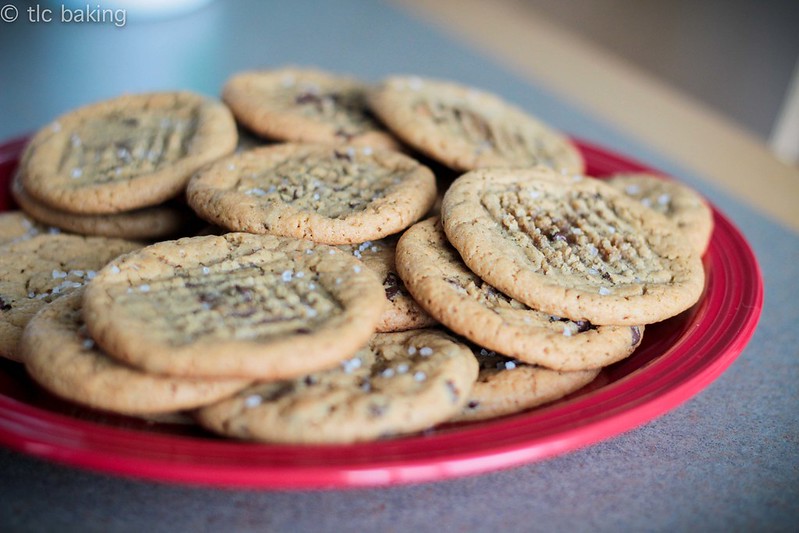 Obviously, there is science behind the unbelievable appeal of this salty-sweet combination, and being the nerd that I am, I started googling to find out the truth behind my deep, deep love of those dark chocolate/sea salt Lindt bars.

There are a handful of studies that delve into the curious effects of salt on sweet treats. Our taste buds can experience five different categories of tastes: sweet, sour, salty, bitter, and umami, which translates loosely from Japanese as savory. In general, our whole tongue is capable of tasting all five types, but there are different receptors for each one. Many studies suggest that the presence of sodium–half of what we use as common table salt, which is sodium chloride–affects more than just the salty taste receptors and in fact removes inhibitors that exist in other ones, allowing the sweetness of the food to be tasted more intensely than it would’ve been otherwise. In fact, this characteristic is what makes salt such a good flavor enhancer in the first place.

However, there is, of course, a limit. Please don’t go emptying your bottle of sea salt into your next chocolate cake. That is not something that will end pleasantly for you or anyone else. 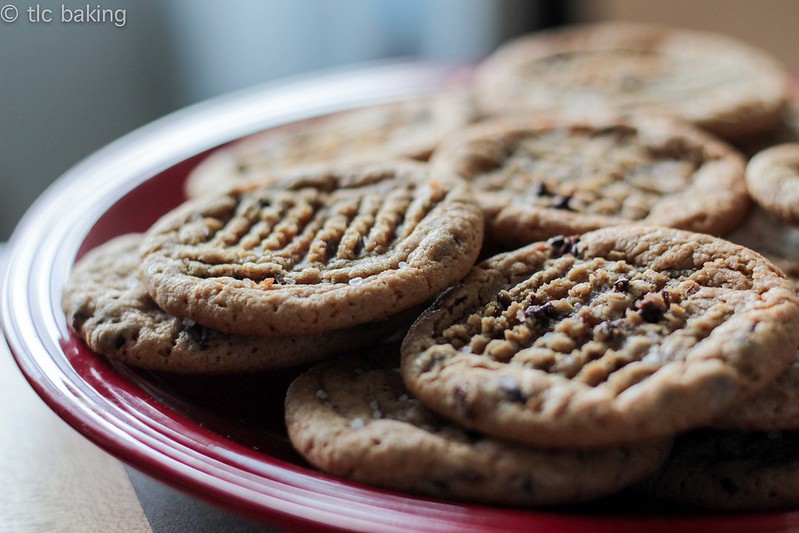 All science aside, whether you’re curious about the functions of your taste buds or not, these cookies are delicious and are bound to satisfy some craving of yours.

Stay safe, stay warm, and stir up a batch of these if you find yourself bored at home tonight.